Chris Fitzsimons, Assistant Scoutmaster of Troop 39 and Chair of the BSA Shakori District has been awarded the Silver Beaver. 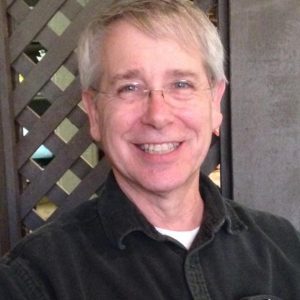 The Silver Beaver Award is the distinguished service award of the BSA. Upon nomination by their local Scout council and with the approval of the National Court of Honor, recipients of this award are registered adult leaders who have made an impact on the lives of youth through service given to the council. The Silver Beaver is an award given to those who implement the Scouting program and perform community service through hard work, self-sacrifice, dedication, and many years of service. It is given to those who do not actively seek it.

When Chris’s eldest son, Kit, aged out of the troop having earned the Rank of Eagle Scout, he turned his attention to Cub scouting with Pack 39.  In the Pack, Chris served as both Committee Chair and Webelos Den Leader.  As Chris’ younger son, Nate, aged up from the Pack, it was only natural that Chris would return to the troop as an Assistant Scoutmaster.   Nate received his Eagle Scout rank with Troop 39 in 2012 however Chris still wasn’t ready to hang up his Wood Badge beads!

Far from it, Chris continues as a very active Assistant Scoutmaster but also serves the broader Shakori district in several key roles and is currently the Chair of the BSA District.

Chris is also a very involved member of the Order of the Arrow serving on the cook crew at all Lodge events.  He received the OA Vigil Honour in 2015.

In the nomination for the award, Glyn Tomkins, Assistant Scoutmaster wrote: “Chris is a consummate scouter and he puts the youth first whether it be his direct engagement with youth through Troop 39 and Lodge or through his industrious output as a district leader.  No one in my mind deserves this honour as much as Chris FitzSimons IV.” 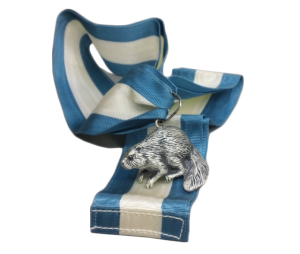